Erwadi fire incident is an accident that occurred on 6 August 2001, when 28 inmates of a faith-based mental asylum died in fire. All these inmates were bound by chains at a Mental Home in Erwadi Village in Tamil Nadu.
On the occasion of 12th anniversary of the tragedy, M.S.Chellamuthu Trust and Research Foundation paid tribute to Erwadi Victims by organizing Candle Light Ceremony at one of MSCTRF’s units-Vocational Training Centre for the differently abled.
Prof. Dr. C.P. Raveendranath, MD, DPM., HOD, Dept. of Psychiatry, Madurai Medical College, Madurai was the Chief Guest of the event., who was also in the doctors’ team which visited the site at Erwadi soon after the incident.
Mr. K.S.P.Janardhan Babu, Director Programmes of MSCTRF, welcomed the Chief Guest and coordinated the event in Madurai.
Mr. Ethiraj, one of the two victims who was referred to Dist. Head Quarters Hospital at Ramnad briefed about his experience in Erwadi before and after the tragedy. He also explained how MSCTRF helped him overcome the illness and reintegrate into the mainstream society. 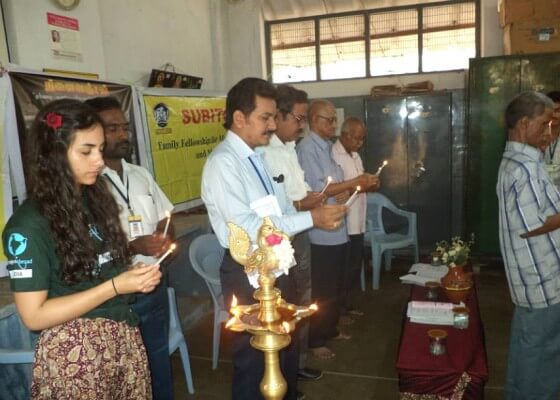 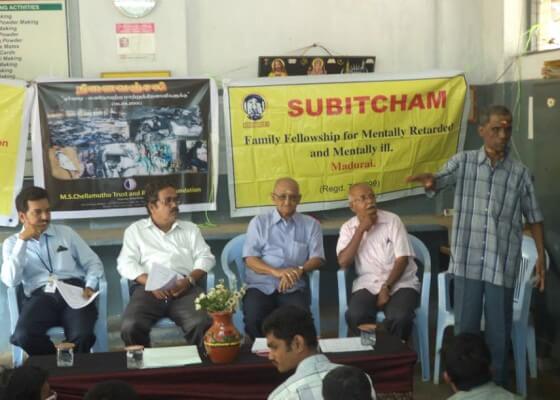