Felicitation for S.Mathivanan: Voice of the Voiceless

M.S. Chellamuthu Trust and Research Foundation (MSCT&RF) felicitatedS.Mathivanan, DDAWO (District Differently Abled Welfare Officer), and distributed Revolving Fund to SHG Members (CMHP-Community Mental Health Project) on February 25, 2017 at Bodhi Chellamuthu Gardens. The felicitation was in connection with his retirement.
Honorable Justice N.Kirubakaran, Madurai Bench of the Madras High Court, was the Chief Guest. Dr.C.Ramasubramanian (Dr. CRS), Founder, MSCT&RF, welcomed the gathering. He expressed his admiration for Justice Kirubakaran’s landmark judgments on environmental hazards (ban on use of shampoo, soap, and oil in Kutralam waterfalls) and roadsafety (compulsory use of helmets by two wheeler riders).
Dr. CRS recalled S.Mathivanan’s effort as DDAWO and his commitment towards differently abled persons and their family members. R. Rajkumari, ExecutiveDirector, MSCT&RF, and Latha Gurubharathy, Director Administration, felicitated.
The children of Aakaash School staged a vibrant cultural performance. Following this, the revolving fund was distributed to select SHG members of the CMHP project. The fund assistance, which is a livelihood promotion activity, is to help them start goat rearing. Representing the CMHP SHG, Mrs.Manimegalai,Community Care Worker, shared her experience. S. Mathivanan provided an overview of his experience as DDAWO and the measures he had initiated for the benefit of differently abled persons.
In the Chief Guest’s address, Justice.Kirubakaran described Bodhi-Chellamuthu Gardens as a “temple” and said that all people who are part of MSCT&RF are doing “divine work”. He praised the dedicated service of MSCT&RF and Dr.CRS towards persons with mental illness. He felicitated S. Mathivanan and described him as a “ role model for others in the government sector.”
Around 80 persons including Aakaash school parents, CMHP members, staff of MSCT&RF and residents of Bodhi attended the function.M.Ramu, Team Leader, MSCT&RF, delivered the vote of thanks and K.S.P.J Babu, Director Programmes, coordinated the event. 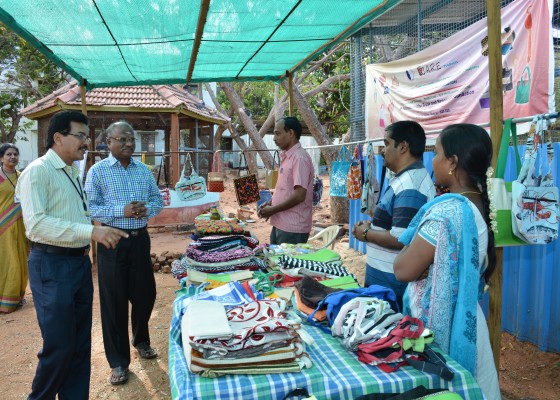 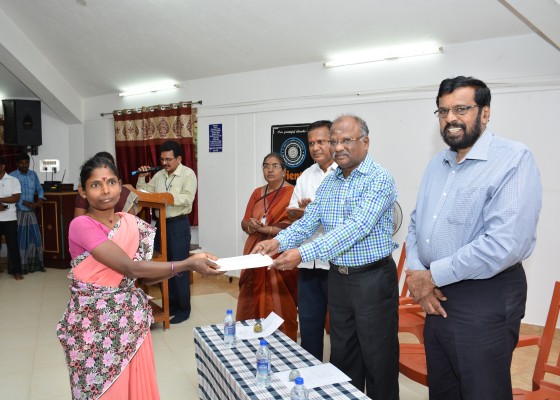 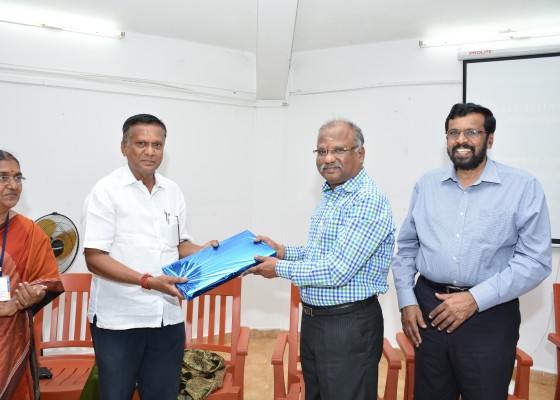 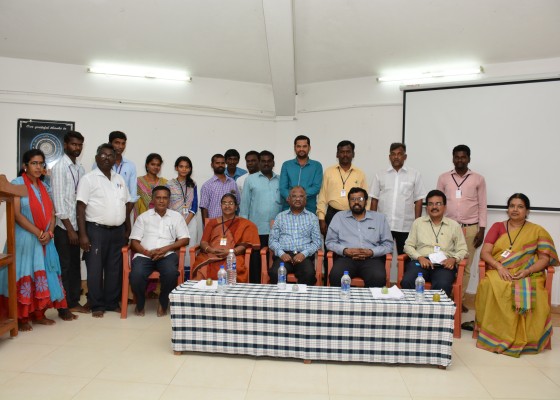